“How many of you here have ever doubted your belief that there is no God?”

That was the question posed by radio commentator Dennis Prager at an annual American Atheists convention. A devout Jew, Prager noted that not one hand went up in the audience. Later, Prager noted, “I found this interesting, if not disturbing, and said so. Nonreligious individuals often accuse religious believers of not challenging themselves…Yet it would seem that believers challenge themselves more than atheists do.”

I’ve never heard an atheist declare that God might exist, but there are plenty of biblical examples of saints questioning and challenging God. Recall that Sarah and Abraham laughed at God’s promise of a child in their old age. Gideon wasn’t sure that God was with him, so he begged for a sign. And, in probably the most famous example in all of scripture, Thomas doubted that the crucified Jesus was alive. 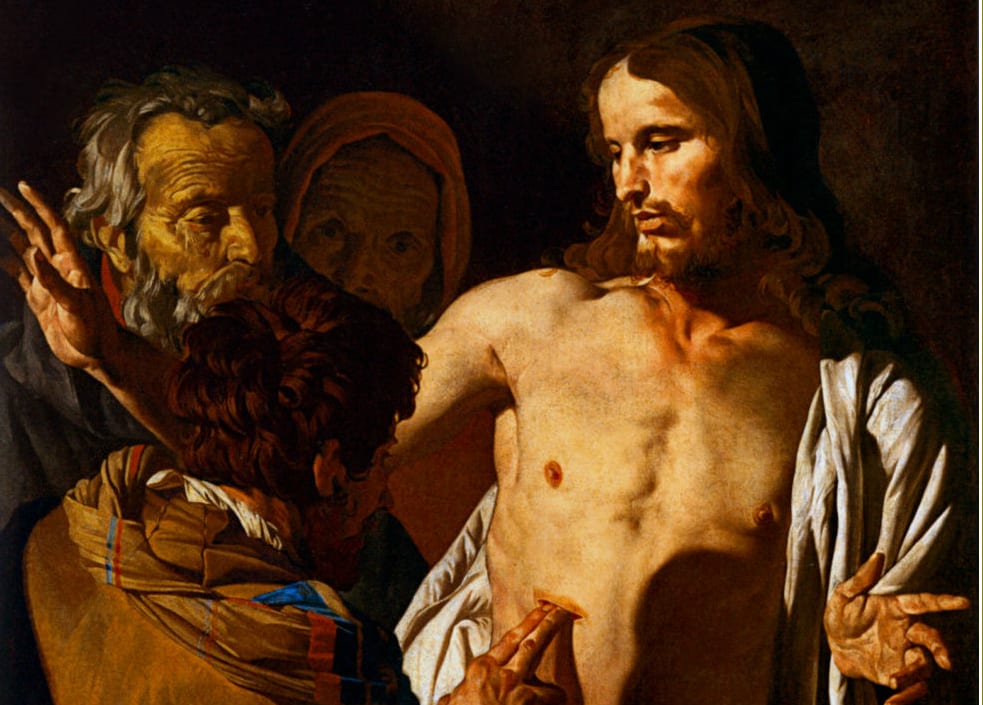 Ah, this is where proper biblical interpretation comes in. In the original New Testament Greek, the word “doubt” means “faithless” or “unbelieving” – not honest inquiry. Once Jesus had been buried, Thomas was done. He did not believe anymore. In fact, he was not with the rest of the disciples when Christ made his first post-resurrection appearance. He had “moved on.”

Some of the greatest Christian saints and thinkers have wrestled with doubts about God’s presence and purposes. What sincere believer hasn’t wondered why a good, all-powerful God allows earthquakes to raze villages, despots to crush their people, disease to ravage innocent children? Atheists will blithely conclude, “That’s because there is no God. Too much suffering in the world to believe in a wise, benevolent deity.”

But, as Dennis Prager noted, if you dismiss God because of all the ugliness and evil in the world, you will also have to ask, “how is it that when you see a baby born or a spectacular sunset, or hear a Mozart symphony, or read about the infinite complexity of the human brain — none of these has ever prompted you to wonder whether there really might be a God?”

Have I planted doubt in your mind?